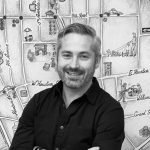 Rick is Co-Founder and General Partner at Equal Ventures. Prior to co-founding Equal Ventures, Rick was an investor at Lightbank, an early-stage venture fund based in Chicago, where he led investments in companies like Riskmatch (acquired by Vertafore), Vettery (acquired by Adecco), Neumob (acquired by CloudFlare), Expel and Catalytic amongst others. In addition to those investments, Rick served on the boards of Snapsheet and Benchprep and angel invested in several industry-leading companies like Rigup.

Prior to Lightbank, Rick worked with investment firms Foundation Capital, Bowery Capital, and Lightview Capital, investing in technology companies across the capital spectrum from seed-stage to buy-out and began his career as a strategy consultant at Deloitte Consulting.

Rick received an MBA with Honors from Columbia Business School and graduated from the University of Richmond where he studied Economics and Leadership Studies. When Rick isn’t working with founders he can usually be found in the Upper West Side with his wife, Lauren, their daughter, Sutton, and their dog, Archie.