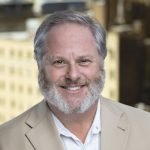 As Director of Investments for Clean Energy Ventures, Lou brings more than twenty years of experience as a technologist in large and small companies and investing in early and growth stage companies. In his investing role, Lou works with deal teams to source, screen, and diligence new investments, as well as support portfolio companies on technology, markets, strategy, and commercialization.

Prior to joining Clean Energy Ventures, Lou was co-founder, partner, and CTO at NewWorld Capital, which focused on investments in later stage clean energy companies. Notable investments at NewWorld included a pre-IPO round with Solar Edge and growth round with Astrum Solar.

Prior to NewWorld, Lou served as a Managing Director at Ritchie Capital, a hedge fund, where he oversaw a legacy portfolio of energy and environmental businesses. Prior to Ritchie, he also ran the high-power product line of direct methanol fuel cells for MTI micro overseeing a team of engineers developing battery replacement technologies for military and civilian application.

From 1997 to 2005, Lou held a variety of positions at General Electric’s Corporate Research and Energy groups. Lou facilitated GE’s entrance into both solar and wind energy. He also led GE’s solid oxide fuel cell program which developed novel cathode materials, hybrid cycles, and unique deposition-based manufacturing processes. In his role as head of the solid oxide fuel cell program, Lou led a team with more than 100 scientists and researchers in five facilities and participated in strategic partnership negotiations, mergers and acquisitions, and government relations.

Lou currently serves on the advisory committee for National Academies of Sciences Engineering and Medicine Climate Communications Initiative and has participated in expert panels and the assessment of ARPAe awards. Lou is an active speaker at energy and technology conferences and has established a strong network of relationships with national labs and university technology and TLOs to help commercialize innovative technologies.

Lou was trained as a physicist and co-authored papers in accelerator physics, space physics, and biophysics as well as earning ten granted US patents. He holds a B.S. in Physics from Union College, graduating Phi Beta Kappa, and an M.S. in Physics from Cornell University.