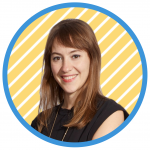 is the North America Lead for Accelerators and Incubators at Amazon Web Services where she leads a team of superstar former founders and supports startups going through the top accelerators and incubators, with a particular focus on Climate Tech. She is also the cofounder of KitSplit, the gear rental marketplace called “The Airbnb of Cameras” by Forbes. Under her leadership, KitSplit acquired a competitor and built a profitable business serving 60k creators, with a virtual inventory of $250m worth of gear. Prior to KitSplit, Lisbeth was focused on climate change as an energy/environment/agriculture policy advisor in the United States Senate. There she built a first-of-it’s-kind energy efficiency retrofit program and wrote a clean energy bill for farmers that got passed into law. Lisbeth has a BA from Yale and an MBA from NYU Stern where she was a Dean’s Scholar.