The Global Innovation Challenge is Back! 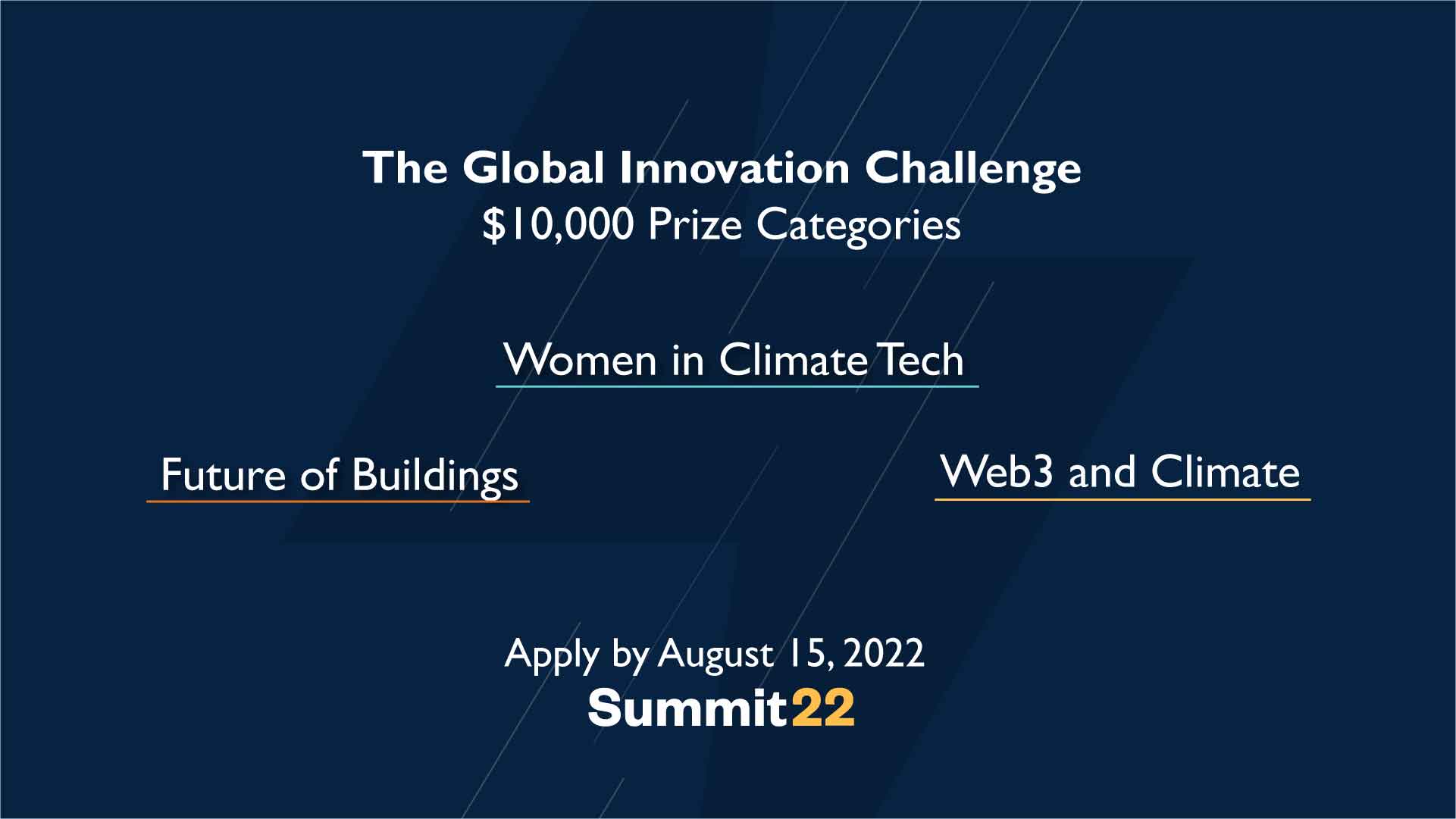 The 2022 For ClimateTech (FCT) Global Innovation Challenge application is calling for the most impactful and equitable solutions in ClimateTech! This year, we are offering three different prize categories: Women in ClimateTech, Future of Buildings, and the Web3 and Climate. Each winner receives:

Get your application in by August 15, 2022. Learn more about each prize and apply here.

Scale For ClimateTech’s Manufacturing & Expertise-in-Residence (MEIR) program is offering up to $75K in project-matched funding for the manufacturing of solutions that address climate change and reduce greenhouse gas (GHG) emissions. See if you qualify for funding and start your application here.

$500K in funding is available from FuzeHub’s Annual Commercialization Competition.

As part of the Jeff Lawrence Innovation Fund, FuzeHub anticipates making at least six awards of up to $50,000 each.  One company has the chance to win an additional $100,000 for a grand award of $150,000. The remainder of the available funding may be allocated to one or more runners-up.

The application is open from now until August 17, 2022. Learn more about it here.

Last Call to Apply for TechCrunch’s Startup Battlefield 200 Competition.
Apply for a chance to step into the spotlight at the TechCrunch Disrupt stage in San Francisco this October 18-20, 2022. Twenty finalists will be selected for additional training and the opportunity to pitch on the Disrupt stage as a Startup Battlefield Finalist company—and a chance to win the $100K equity-free prize money.

In a statement released earlier in the month, Senator Schumer made it clear that Hudson Valley’s former TechCity campus, now known as iPark 87, could be the right home to Zinc8’s next major facility. Citing that the historic $6 billion in federal incentives he passed in the bipartisan Infrastructure Investment and Jobs Act to expand U.S.-based battery technologies can help supercharge Zinc8’s future in New York state.

Schumer explains, “I made it clear to Zinc8’s CEO, Ron MacDonald, that I stand ready to help their potential expansion in the Hudson Valley in any way, including fighting to secure the historic federal battery research & development incentives I passed in the Bipartisan Infrastructure & Jobs Law.”

Zinc8 energy is a graduate of the Scale for ClimateTech program. Read Schumer’s full release here.

Microsoft and Alaska will work with Twelve, A Scale For ClimateTech  Cohort 4 company, to advance production and use of Twelve’s E-Jet, a low-carbon jet fuel produced by a power-to-liquids process, leveraging the company’s carbon transformation technology. The E-Jet uses only renewable energy, water, and CO2 as inputs to transform CO2 into a variety of critical chemicals and materials that are conventionally made from fossil fuels.

Learn more about the partnership here.

Atrevida Science was officially selected to participate in the MassChallenge 2022 accelerator program. Selected from over a 1000 other applications, Atrevida Science will join more than 200 other businesses to gain access to MassChallenge’s global network, world-class mentoring from industry experts, tailored programming, and access to its corporate partners.

Climatize, a Venture For ClimateTech Cohort 1 Company that offers a mobile app for users to invest the spare change from everyday credit card purchases directly in profitable climate projects, was recently selected to join this summer’s class of TechStars Boulder. This cohort of TechStar companies are focusing on Fintech and moving the needle on climate investments.

CLIP, a Scale For ClimateTech  cohort alum that developed the attachable pedal assist for bicycles, is building a clean platform for low-cost urban mobility. With 1,000 preorders and its first 100 products shipped, see where CLIP is headed next to further expand its vision for urban mobility.

Join For ClimateTech (FCT) for its signature event and add to the conversation within the rapidly growing climate tech industry. The FCT Summit provides opportunities for fruitful dialogue, education, and knowledge exchange in order to advance the development of early-stage climate innovation.

The FCT Summit unites industry experts, leaders, and investors to discuss opportunities and challenges in the evolving expanding climate tech industry and will feature our second cohort of incredible, early-stage climate tech companies.

The FCT community will have the opportunity to engage in discussions about renewable energy, carbon technology, water, mobility, and other topics during the Summit’s themed panels, sessions, and fireside chats.

Register for the virtual discussion here.

The president of Compsolve Inc., Steve Goldstein, will speak about the importance of workplace safety and how to protect your business and employees from on-the-job accidents. Compsolve Inc. is an OSHA compliance company that collaborates with thousands of businesses nationwide and handles all the work at a facility to put any business into OSHA compliance.

Learn more and register for the event here.

Rev has launched a new AgTech accelerator track that will work in tandem with the popular Manufacturing Hardware Accelerator to support startups pursuing innovations in agricultural fields like farming operations, animal husbandry, and food processing. It is funded by the U.S. Economic Development Administration’s University Center program and provided in collaboration with Cornell Engineering.

Applications are now open for Phase 4 BEIS IEEA. Those working on novel technologies with the potential to reduce energy consumption, maximize resource efficiency, and cut carbon emissions. Companies invited to join the accelerator receive a range of project funding, from  £150,000 to £1M per project. Applications close September 19, 2022.

Help your startup by aligning with Third Derivative’s network of devoted investors, corporate partners, market experts, and mentors, who can assist your startup in bridging crucial financial and resource gaps. Any climate tech startup in energy storage, transportation, buildings, industry, or carbon with at least two  full-time employees and a working prototype should apply byAugust 25, 2022.

The Oxford Climate Tech Initiative (OxCT) exists to help close the knowledge, partnership, and resource gaps to accelerate the green and just transition towards net zero, and to  build resilience while promoting relevant climate-tech solutions where they are needed the most.

The survey is segmented into three sections – About You, Opportunities in Climate Tech, Improving the Climate Tech Ecosystem – and should take 5-10 minutes to complete.

Support this research by taking the survey now.

The Scale For ClimateTech Team Continues to Grow

Welcome to our new ScaleTeam Members 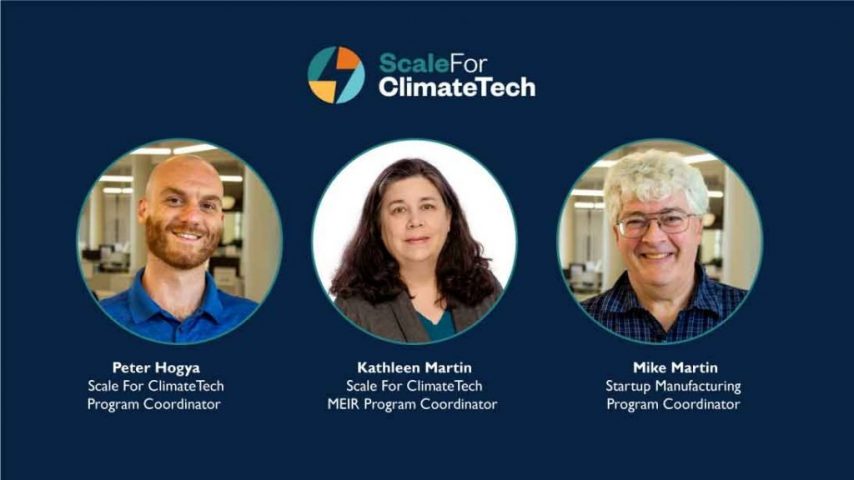 Mike Martin is the Startup Manufacturing Program Coordinator at NextCorps. In this position, he helps Manufacturing Startup companies scale their products from validating prototypes to market implementation and production. He is using what he learns in this role to help  develop a framework for new Manufacturing Startups to move efficiently from the hardware product idea phase to pilot production.

Peter Hogya is the Scale For ClimateTech Program Coordinator at NextCorps. In this position, he helps ClimateTech companies scale their products from validating prototypes to market implementation and production.|

Kathleen Martin is the Scale For ClimateTech MEIR Program Coordinator at NextCorps. In this position, she helps startup companies apply for funding to advance their technologies from the prototype stage toward manufacturing hardware devices in volume.

This month’s consensus on, “What spelling and format do you use or most frequently see when referring to the tech industry that is explicitly focused on reducing GHG emissions or addressing the impacts of global warming.” 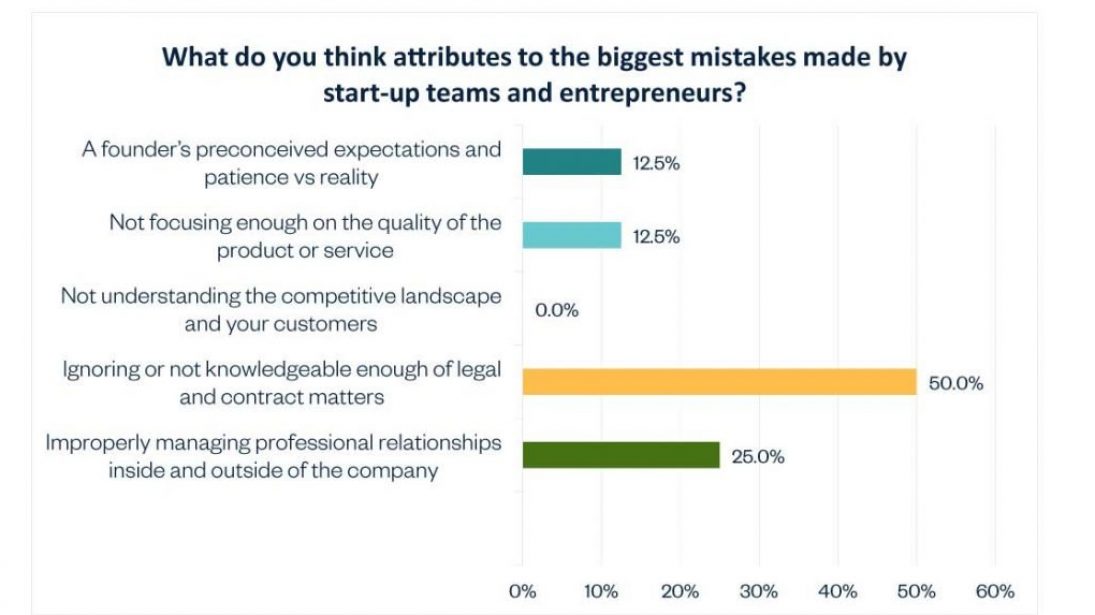 Summer Sizzlers – Get Ready For The FCT Summit ’22 and More