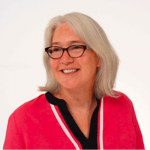 Jenny was most recently the Chief Innovation Officer of Techstars, focused on future strategic innovations and products. Jenny joined Techstars as COO in September 2016 and was responsible for the day-to-day management of the company including sales, marketing, corporate engagement, engineering, and operations.

Prior to Techstars, Jenny served as the COO of littleBits and was responsible for the overall strategy and growth of the company, working with the CEO, Ayah Bdeir, to scale the company. While at MakerBot from 2011 until 2015, she held several positions prior to being appointed interim CEO, including president, chief strategy officer, and head of people. At MakerBot, Lawton was instrumental in driving the company’s meteoric growth of more than 600 percent in two years and she was one of the main architects in the merger between MakerBot and Stratasys in 2013.

As a long-time tech leader, Jenny co-founded Net Daemons Associates (NDA) in 1991, an information technology-consulting firm. With Jenny as CEO, NDA was recognized on the 1998 Inc 500 list of the fastest growing privately held U.S. companies, and on the Deloitte and Touche Fast 50 and Fast 500 lists for 1997 and 1998. In 1999, Net Daemons was acquired by Interliant Inc. (formerly Sage Networks), where Jenny served as a senior vice president. She later worked as an entrepreneur-in-residence with Softbank and Mobius Venture Capital.

The events of September 11, 2001, were the impetus that inspired Jenny to leave the corporate world for a hiatus to become the owner of the independent bookstores Just Books and Just Books, Too, as well as Arcadia Coffee in Old Greenwich, Connecticut. After ten years running successful retail ventures, Jenny re-entered the business and technology scene, serving as COO for Rockin’ Water and RAM Scientific, and senior vice president of operations for Mercury Solar Systems. In 2014, Jenny was appointed to the Connecticut Women’s Hall of Fame.

Administered by NextCorps and SecondMuse.
Powered by NYSERDA.