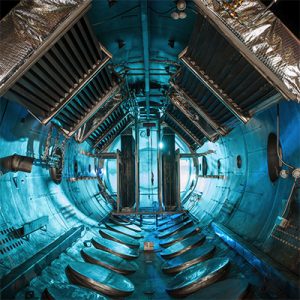 Ecolectro is developing a membrane for an alkaline fuel cell that has the potential to substantially reduce fuel cell costs by eliminating the need for expensive precious metal catalysts, unlocking the hydrogen economy. Since graduation from NEXUS-NY, Ecolectro has won an ARPA-E, a pair of SBIR phase I’s, and an ACE grant from NYSERDA. They closed a seed round, which NextCorps helped catalyze via a $50,000 investment, along with a bridge round, and now are gearing up for a series A. They were introduced to the Shell Gamechanger program through NEXUS, and later went on to participate in the H2Refuel accelerator sponsored by Shell, Toyota, and NYSERDA. Ecolectro was also a member of the NYSERDA funded Hardware Scaleup program to take highly impactful clean technologies from prototype to production. The founder, Gabriel Rodriguez, is a recipient of the Echoing Green Fellowship. Ecolectro now has 10 employees, and has raised more than $4M in non-dilutive and dilutive capital.