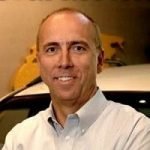 Daniel is Site Manager of Rochester operations for Plug power. He oversees Membrane Electrode Assembly (MEA). Daniel was previously the co-founder and CEO of American Fuel Cell (AFC), which was acquired by Plug Power. He also was previously the co-founder and COO of Standard Hydrogen Corporation. Daniel worked at General Motors for over 30 years, retiring as the Director of Advanced Technology Demonstration Vehicles. He led numerous electric vehicle projects in his time there. Daniel remains active with NYSERDA, FCHEA, DoE, DoD, DOT, Oak Ridge National Lab, NREL, and others to promote the Hydrogen economy. He has a B.S., M.S., and is a Doctoral candidate.